Frozen Planet, the mere term brings about doubts and uncertainties for a person. Ever wondered how would life thrive on such a planet? Will there be traces of human existence or will it be washed away by the Ice Age?

A frozen planet, Earth, is discovered. Can it sustain life?

Is this the beginning of a revolution or the end of an evolution?

Centuries ago, aliens discovered and inhabited a frozen planet after the Ice Age that had killed off the entire human race.

A planet with humans inhabiting it once was eventually got devoid.

According to reports, this frozen planet is nothing but Earth, a frozen Earth. Now the aliens have found frozen humans below the surface and have started using their advanced technologies to bring them back to life in order to study them.

Isn’t it paradoxical where, on one hand, it is humans who cast research and operations on understanding life on and beyond, and now it is them who are being ensnared and investigated upon?

Is this the end of life on Earth or the onset of new beginnings?

What is a Frozen Planet?

The notion of a frozen planet implies a planet that is made up entirely of snow, typically frozen in a layman’s language.

A documentary, “Our Planet: Frozen Worlds” by Netflix delves into exploring our planet, Earth’s sheer natural beauty, and examining how climate change impacts all living creatures in this ambitious documentary of spectacular scope.

Also called ‘Ice Planets’, frozen planets like Uranus and Neptune contain chemicals like- Methane, Sulphur, and Ammonia in their atmospheres. These planets are subjugated to intensities of atmospheric conditions, adversities of sustainability, and thriving life.

A planet that is considered as ‘frozen’ will be deprived of the ‘normal’ conditions that prevail on other planets.

Frozen Planet is a 2011 British documentary produced by BBC and The Open University. The film was created because the production team was keen to film a comprehensive record of the natural history of the polar regions affected by the climate change that caused landforms such as Glaciers, Ice Shelves, and the extent of Sea Ice.

According to Digital Spy, The Beeb is planning its most ambitious natural history series. Planet Earth III is also officially happening.

An Insight into the aftermath on the planet: “Our Planet”- Frozen Worlds, A Netflix Documentary

In the age of climate change and evolving landscapes, one of the most prolific environments on our planet right now are the Arctic poles. As the sea shrinks and the climate warms, these two areas, in particular, see multiple species in danger of extinction.

Our planet has not been devoid of ice for millions of years. Our poles are some of the Earth’s last remaining wilderness. And yet, just as we are beginning to understand these extraordinary places, they are changing drastically fast.

“A Dip In The Deep: Ocean Exploration in 2021” an already published article on Icy Destiny’s website quotes, “in some ways, it’s a lot easier to send people into space than it is to send people to the bottom of the sea.”

It is also wisely quoted, “where there is a will, there is a way.” And, so, we can all collectively aim at revitalizing our planet with greenery by choosing to step out of our comfort zones.

Save our Frozen Planet!

When it comes to nature, it is always the product of everyone’s collective efforts that helps us decide what kind of fruit will the tree of future bear and reap.

The Frozen Planet or precisely Earth in the video below discusses and limelight the condition of the Earth in the modern world.

The clocks are tickling and it is high time that humankind collectively joins hands to save the frozen planet, else the results will be tragic for not only the present generation but also the posterity.

It is the product of everyone’s collective efforts that determine the destiny of Earth and those inhabiting this macrocosm.

Humans are the only species on this planet that are armed with the power to design, destruct, and destroy. They are the creatures driven by their free will, having to choose freely from many possibilities and even amend those chosen possibilities tailor-made to quench their needs.

Everyone has needs. But, when excluded, the trait of necessity. It becomes wants. Wants, to some extent, are both good and bad. Until it seems to take possession of our mind and soul. And, this is the final stage when our needs end their cycle, becoming desires.

A newspaper article cutting featuring an article by Slan Boyle featured in The Guardian explicitly reports the deep freeze that is taking over the United Kingdom at a toll of -10°C. It highlights how, after snow, the frozen planet is threatened by the freezing fog and ice.

Frozen Planet, the mere term brings about doubts and uncertainties for a person. Ever wondered how would life thrive on such a planet? Will there be traces of human existence or will it be washed away by the Ice Age?

There is hardly any scope to doubt or question the possibility of a planet devoid of its extensively lush green flora and a diverse range of fauna.

Well, owing primarily to mankind inhabiting the planet. Transmuting a lush green one into a frozen planet or vice versa depends on the humans.

It isn’t something that can harm humans, but eradicate the entire humanity.

Frozen Planet is a mirror to our collective future reality. There is neither denying its presence-to-be nor an escape from its wrath.

It is what follows the activities done in the past. Sometimes, it is always better to reflect and introspect one’s actions than putting up a blame game and sticking the consequences of someone else’s deeds to others.

We sincerely believe that this article was able to shed some light on the consequences if we do not keep our actions in check. Conscious efforts to save ourselves from a potential future icy wrath are extremely important. 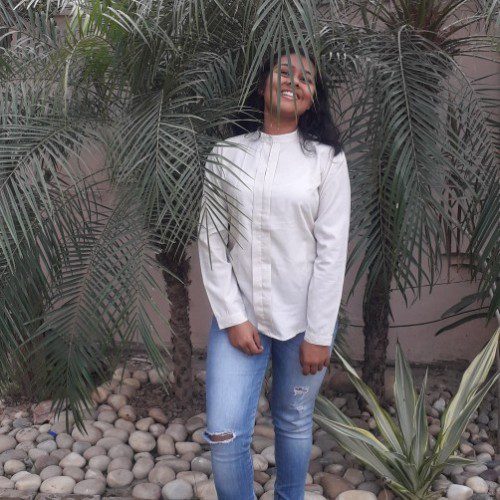 Since the advent of human civilization, many animals have...
Nature

An ecosystem is an area where all the plants,...
Nature

Have you ever thought about what would happen if...
Future News