Amphibians, birds, fish, invertebrates, mammals, plants, and reptiles have high chances of extinction. At least 1 million species will be extinct by 2050. The root cause of species loss includes hunting, clearing land for agriculture, and urbanization.

Earth is a unique place for animals in the food chain. Our many animals and birds have been endangered. Wildlife is a precious gift for this planet.

Ocean pollution is a mixture of chemicals and trash that damages the environment and the health of an organism. Single-use plastics are the main reason for ocean pollution. When we visit rivers, oceans, and beaches, we throw plastic bottles and chips wrappers. Municipal corporation dumps the whole city’s garbage in rivers and oceans, harming marine life.

The report says there might be 50 times more microplastics in the sea by 2100.

More than 80% of ocean pollution arises from land-based sources, and it reaches the oceans through rivers, deposition from the atmosphere, and direct dumping. Microplastics contain many toxic chemicals that make plastic flexible, colorful, waterproof, and fire-resistant.

Climate change is the change in the environmental conditions of the planet. Human activities have released a large amount of carbon dioxide and other greenhouses gases into the atmosphere, which has changed the climate.
The report says, by 2015, the average global temperature had warmed by over 1 degree since pre-industrial times. Farming, vehicles, oil drilling, and power-plant, are the main reason for climate change.
Living trees absorb and store carbon dioxide. We are continuously cutting green trees for our benefit, increasing the atmosphere temperature. Climate change is also because of human activity. An increase in intensive agriculture emits greenhouse gases like methane and nitrous oxide.
Rising sea levels, shrinking mountain glaciers, ice melting, and change in flowers and plants’ blooming times are all because of climate change. Building damage, expensive home loans, increase in the cost of electricity, rising taxes, high health risks, low quality of water, and variety of food are all effects of climate change.

The report clearly states that overfishing puts more than one-third of all rays, chimeras, and sharks at risk of extinction.

Millions of people depend on fishing for their livelihood. Overfishing occurs because many fish are caught, and the reproduction rate is low. Catching too many fish is a profitable practice, but it endangers ecosystems and affects life in oceans.
A few species of fish have more demand, making targeted species extinct. Increasing human demand, subsidies, poor management of fisheries, and lack of protective regulations are the causes of overfishing.
The government tries to provide training and scientific materials to local universities and enforces agencies to support fishing practices. Fisheries make critical contributions to the development and generate employment opportunities.

Urbanization is a process through which cities grow, and green plants are cut to build houses, schools, hospitals, and offices, from 56.2 percent of the global population today to 60.4 percent by 2030.

Some species can disappear from recently urban space. Birds fly for food to alternative places, could die once the food isn’t on the market, and disappear. Land insecurity, tide quality, excessive pollution, sound pollution, and the downside of waste disposal all square measure because of urbanization. It conjointly changes the climate of a specific space. Fossil fuels have unevenly distributed and inflated carbon levels within the atmosphere.

Environmental degradation additionally plays a section in contributing to urbanization. Deforestation destroys the natural environment of many farming families. Moreover, mining and industrial growth also damage farming families’ natural environment.
The animal population is affected by toxic substances, vehicles, and habitat loss. Creating green spaces helps in urban planning. Urbanization decreases physical activity and healthy nutrition. An increase in the rate of pollution creates problems for birds’ survival and flies in search of an appropriate place. Infectious diseases and non-infectious diseases are increasing rapidly.
Biodiversity reduces when large areas of natural habitat are fragmented. A large amount of water, fertilizers, and food in urban areas provides the nutrients to increase the productivity of particular species. Some sensitive species were extinct locally.

Hunting is an act of killing wildlife or animals for food or pleasure. It is the main reason for species extinction.

Hunting destroys the ecosystem and increases the population of particular species. Some species are hunted for sale. The increase in human pollution contributed to the high demand for food and other raw materials, encouraging hunting.

Before the agriculture event, searching was the necessary activity for man to get food. Several animal species were changing into extinct due to giant-scale searching. Therefore, industrial searching is illegal in several countries to shield the scheme. Presently, several laws are being passed to conserve and shield the animals.

Most of our cosmetic products comprise animal products. The restaurant demands a large quantity of fish and meats from several animals. Tribes hunt animals for their traditional beliefs.

Several raw materials of products such as clothes, creams, medicines, and lipsticks are rooted in animals. They have very high economic value. Some are using it for decoration or expressing power and superiority. Tigers, polar bears, and jaguars are probed for high-quality fur. Leather shoes, bags, and belts comprise animal skin.

Tropical forests include dense forests, where rainfall is abundant year-round, and seasonally moist forests, where rainfall is abundant but seasonal and drier. Deforestation meets some human needs; it has devastating consequences, including the extinction of flora and fauna, social conflict, and climate change, challenges that are not local but global.

Deforestation causes habitat destruction, increased risk of predation, and reduced food availability. It raises the temperature and air pollution.  The problem arises when natural fire increases frequently and intensely or grows out of control. As we burn fossil fuels, climate changes and unnatural fires are becoming more and more common. Fires destroy millions of hectares of forests yearly.

As the population increases around the world, demand for meat will increase. Farmers expand into antecedently wooded areas in search of fertile soil to meet enlarged demand. Additional land is cleared to fulfilling demand.

Deforestation is an economic drawback. It conjointly causes eroding, changes the landscape, and makes it more durable to seek food. It may affect weather and water convenience and increase the danger of natural disasters.

Deforestation reduces the ability of the remaining forest to withstand natural disasters. Without trees’ roots helping to minimize soil erosion, the risk of landslides increases. Animals may try to cross highways and might be hit by cars or go to farmland or towns were killed in self-defense. Habitat loss means biodiversity loss, and that means loss of food sources.

Species extinction may affect human lives. It would cause various psychological traumas. It creates misplacement in crop pollination, water purification, and spiritual and cultural aspects.

We all went through the horror of the Covid-19 pandemic. We think it is because of bats. Yes, but not because of bat soup or bat meat. In Wuhan, bats are declining rapidly. The virus present in bats now can’t find bats to survive, so they entered humans and other animals for survival. Then coronavirus spread widely.

Healthy diverseness is vital to human health. As species disappear, infectious diseases rise in humans and animals. The loss of species and habitats poses the maximum danger to life on Earth as temperature changes will. Agricultural activities conjointly contribute to human emissions of greenhouse gases. The most significant threats to nature square measure the exploitation of plants and animals through gathering, logging, hunting, and fishing.

A particular species is extinct, and also the population of alternative species rises, which damages the scheme. The animal that ate the new extinct species had to search out new food sources, which affected the population of alternative plants and animals. For example:
“If there are too several of any particular species, they’ll change the scheme because they destroy forests and carry disease.”

Other effects include degradation of water quality, odor problems, dissolved oxygen depletion, nutrient accumulation, heavy metal contamination, overgrowth of algae and aquatic macrophytes, accumulation of silt and organic matter, loss of aesthetic vibes, reduction in the catchment area of lakes, reduction of the groundwater table as water recharge capacity goes down.
A healthy system depends on plants and animals as their foundation. Once a species becomes vulnerable, it’s proof that the system is slowly falling apart. Every lost species triggers the loss of alternative species in its system.

How Can We Save Our Nature And Animals?

The organism is in danger of going extinct because humans destroy their natural habitat for development. We can save species by learning about endangered species, creating a backyard wildlife habitat, and minimizing the use of herbicides and pesticides. It saves fish, plants, and other wildlife from going extinct.
We have over 2 million species of organisms on the planet, and concerning simple fraction of 1,000,000 that carry on land don’t have the reassurance that their habitat would still host them long-term; they perpetually face the threat of extinction, and unless their environs get repaired, they will vanish in an exceedingly few decades. A similar may be the same for the ocean and aquatic habitat.
Warming could be a hostile force that we may contain; however, trying and doing this needs the efforts of each unit of humanity. The golden toad frog and different animals that have gone extinct may well be our fault. However, it’s our responsibility to shield the remaining ones. We can solely hope that future generations have the privilege to check what animals like plectognath and polar bears appear like.
Animals play an essential role in the system and biospheres that make life on Earth doable for humans. Animals offer friendly relationships, pleasure, service, conservation, and economic stabilization. Natural habitats of animals area unit destroyed for land and agriculture. It affects the organic phenomenon.
For more, check out Earth Without Sunlight? Sun Began To Disappear In 5022? What Now? 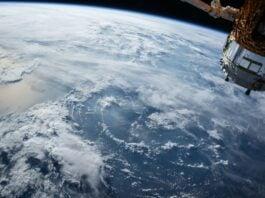