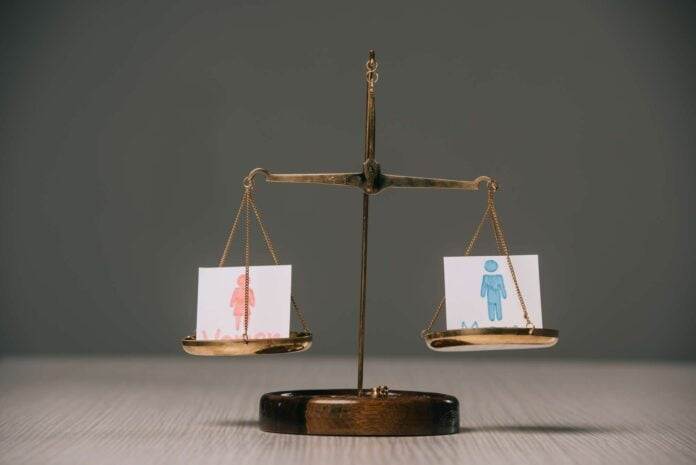 In India, gender issues related to inequality still exist. In Indian society, being born a woman means facing gender discrimination on all levels. Females are relegated to household chores, raising children, and caring for families, regardless of their educational degrees or work profiles, at the household level.

Women have fewer career choices and are paid less for the same work at their company as well. Poverty, illiteracy, a lack of awareness, our society’s patriarchal setup, harmful social attitudes and behaviours, and other factors all contribute to gender inequity.

Girls account for 48 per cent of India’s overall child population, according to Census 2011, and many of them are involved in child labour, child trafficking, and child marriage (CRY INDIA). This can only be stopped if females are not denied the opportunity to learn and grow in different aspects of life.

A. Comprehension of gender issues depicted in the film

Menstruation, also commonly known as a period, refers to the biological phenomenon of vaginal bleeding that occurs as a part of a women’s monthly cycle. Something this normal & natural, yet not talked about.

Women in India, especially in rural India, are embarrassed to even say the word ‘period’. They are reluctant to talk about it. They feel shy or way too serious to talk this resistance to talking about periods leads to the dark side of the gender issues. There is also a section of society, who don’t know much about menstrual hygiene.

When asked what’s the reason behind this phenomenon, some people believe that this knowledge is only available with the supreme power (God), or just that it’s for giving birth to a child Whereas the awareness among the other gender – Men, is itself an aspect of concern. Many Indian men believe that it’s a kind of illness that ‘mostly’ affects women, and is considered a “girl’s problem”.

In educational institutions, a place whose prime objective is to give knowledge and awareness students are also lacking behind in doing so. Many girls study till middle school, but when they start having periods, it becomes challenging for them, especially in the areas where the schools don’t have proper sanitation/ toilet facilities available Maintaining hygiene becomes one of the major gender issues. The people around them make them feel uncomfortable with all the stares they give.

As far as religious or cultural traditions are concerned, women don’t go to temples or pray to god, the elders believe that the prayer isn’t heard during periods. This practice is still prevalent. Some though believe that the goddess we pray to, is also a woman, so there is no such justifiable reason to follow this.

When some women want to break through their problems, people think that they are crazy. It is generally observed that women are not given freedom, after marriage, they aren’t encouraged to work, or to be independent, leading to more gender issues.

Examining gender issues depicted in the context of the film- Period end of the sentence:

There is a widespread belief in rural India that women should not water plants or cook during their periods because their “uncleanliness” will taint the food. Many girls believe that they couldn’t cook or visit the kitchen during the four days following menstruation because the food would spoil. While we are in favour of more boys and men helping with household tasks so that girls in India can acquire an education, this misconception does not help.

While menstruating, women are considered “unclean” and hence are not permitted to enter “clean” and sacred locations such as temples. This is a form of gender inequality in which women are denied the same human rights as males, such as the ability to profess religion.

Aside from the aforementioned obstacles, there have been numerous signs in the last decade that a girl’s first period has an impact on the quantity of education she receives. To ensure that every girl and woman may exercise her right to education, we must first understand the role of the menstrual cycle in their capacity to access it, as well as whether or not the menstrual cycle is a barrier.

Missing school because of menstruation can result in girls lagging in class and parents questioning the worth of a girl’s education. Parents and societies in some regions of India regard a girl’s first period as a sign that she is a woman, ready for marriage, reproduction, and motherhood. Making menstruation education a part of a larger health-rights agenda is critical.

Poor hygiene can lead to rashes and bacterial infections, as well as a white discharge problem. Most menstruation diseases, such as dysmenorrhea, menorrhagia, PCOS, endometriosis, amenorrhea, and others, do not appear to be linked to inadequate hygiene.

Every product has the potential to cause bacterial illness if not utilized properly. Dismissing a product or pushing another does not guarantee that rashes and illness will not occur. Instead, knowledge about how to use a product properly must be shared.

All family members participating in such comprehensive education programs will improve parenting skills and promote communication about sexual and reproductive health among family members.

Menstruation Hygiene Management is seen as a women’s issue that should be discussed between four walls with no male members as if they don’t have to express their issues in the family, community, or society. However, one topic that has never been resolved is who is responsible for the taboos and myths surrounding menstruation.

Men must be involved in this deeply taboo topic to reduce the stigma associated with menstruation. Another focus of men’s involvement in menstrual issues is to influence societal norms and unfavourable attitudes around menstruation, not only as family members but also as lawmakers and stakeholders.

Women are claiming space and taking on leadership roles not only in feminist organizations but in a variety of social justice movements as well, drawing linkages between gender equality, climate justice, workers’ rights, racial equality, and other issues.

Smear tactics, physical attacks, harassment, and intimidation are all common occurrences for female human rights campaigners and activists. Their work is frequently underfunded. New generations of young feminists, on the other hand, continue to contribute new energy and strategies to the fight for women’s rights.

Jayashree Inventories was founded by Arunachalam Muruganantham, also known as PADMAN. He invented the world’s first low-cost equipment to manufacture sanitary napkins at a low cost and sell them at a low cost. This is the first step. This project was founded by women, for women, and for the benefit of women.

In India, one million employments have already been generated for the poorest women in the country. More than 10 million employments will be created as a result of future initiatives. Furthermore, even though financial inclusion is increasing globally, a gender gap still exists. Equal access to financial services for women not only unleashes economic potential but also offers women a voice in their financial decisions.

According to one study, the majority of women manage their flow with old rags, husks, ash, leaves, mud, soil, and other potentially life-threatening materials. Experts in menstrual health claim the coronavirus outbreak has exacerbated the problem in India. The country is under a stringent curfew, which has had a significant impact on feminine hygiene product manufacture and supplies.

Girls learn to cope with the agony and dread of periods from an early age, and we rarely see a girl seeking help while in physical or mental anguish due to periods.

The Padman of India, Mr Arunachalam Muruganantham, is one such person who questioned the regressive taboos surrounding menstruation. Muruganatham not only provided opportunities for women to become businesses, but he also challenged social norms.

Sabarimala is merely a microcosm of the situation in many Indian households. In rural India, the scenario is similar. Either women do not have access to sanitary pads or sanitary conditions are not available to them. The taboo persists due to a lack of awareness about menstrual hygiene among both men and women, as well as a lack of education and understanding of puberty and reproductive health.

Even now, many women in India who are on their periods are not permitted to visit the temple, enter the kitchen, or do anything else. While she can now maintain good hygiene during those five days because she has access to sanitary napkins, the stigma still affects her, making her feel filthy.

However, this freedom is frequently questioned, and people who share their stories face banning, while trolls who engage in moral policing and demeaning women go unpunished. It’s past time for us to acknowledge that menstruation is merely a biological occurrence, and the taboo around it must be lifted. It is critical to normalize menstruation and eliminate taboos surrounding this natural occurrence.

C. Conclusion: Learnings and much more

According to the World Economic Forum’s Global Gender Gap Report 2021, India has dropped 28 spots to 140th place out of 156 countries that participated in the rankings (Mint, 2021). It is the third-worst performer among the countries in South Asia. Economic, political, and educational aspects are all measured in the study.

We must embrace her physiology in addition to worshipping her as Durga and Kali during Navratri. So, the next time we hear the word menstruation, we shouldn’t be afraid or embarrassed; instead, we should discuss it openly and teach young girls and boys to do the same.

Several members of this age, on the other hand, are challenging the stigma. Films and documentaries are being produced to effect social change. The Logical Indian hopes that as time passes, more people will come to see menstruation as a natural biological occurrence and treat women with the respect they deserve.

Though modest and incremental, progress toward gender issues and equality has been made during the last quarter-century, demonstrating that change is achievable. Legal reform, gender-responsive social protection, public service delivery, quotas for women’s representation, and support for women’s movements are all effective initiatives that should be scaled up.

Menstruating girls and women are not dirty. They are typical, healthy, and natural. The idea that women are not allowed to enter temples and sacred sites is a contentious cultural gender issue. When women are treated differently as a result of a normal biological cycle, shame, taboos, and humiliation around periods become profoundly established in society. And that’s the only thing that’s absurd about it.

When there’s patriarchy, it takes time to talk about something related to women and gender issues, but we all will get there. Women are equal to men; the thing which is missing yet needed is, to recognize the ability the same- how much potential we have and what we can do. Menstruation does not render women dirty! Period!