What Would Happen When Robots Start Living Among Humans?

What if you discovered one day that the people who live next door are not humans? They walk and talk like you, but they are vastly different. They don’t interact with other people. They’ve never been observed eating or purchasing food. They appear to be firm and inflexible, and they speak in a machine-like manner. They are very different and seldom display any emotion.

You may now understand why your neighbours are so intelligent and successful. In actuality, your future neighbours are humanoid robots, not people. These robots possess all human traits. They can walk, talk, and think like us, but they are far more intelligent.

A humanoid robot is one whose body is shaped like a human’s. A middle, a head, two arms, and two legs are standard features of humanoid robots. On the other hand, some humanoid robots may only have a body piece, such as the middle. Some humanoid robots have gone to great lengths to replicate human facial features like eyes and mouths. These robots must deal with various tasks and objects in dynamic, unstructured circumstances. These humanoids are now mass-produced on a vast scale for various reasons.

The futuristic humanoids would be a lot different than how they are now. They wouldn’t be limited the way they are now. They’d be more agile and flexible. They are incredibly bright and capable of tackling increasingly tricky situations. They’d be able to feel emotions the same way humans do. They would also have the appearance of humans.

These robots are currently in tiny numbers, but their numbers are predicted to increase dramatically in the following decades. And who knows what will happen if these humanoids start to develop their kind and outnumber the human population?

These humanoids are significantly more capable than we are at handling every task. As a result, we humans will be no match for these humanoids. What if this artificial intelligence controls our future and humans are reduced to supporting roles?

How would these humanoids dominate the world?

We may see large international enterprises owned and governed by humanoids in the future. They would begin to dominate the giant world corporations due to their technological advancements. They would be giant business elites, giving tough competition to the human business tycoons.

Humanoids may make up the majority of the workforce in these cooperatives. Consider how efficient these cooperatives would be if they were owned and managed by humans. The products and services provided by these humanoids would be of the highest quality, far surpassing current offerings. As a result, these humanoids would become extremely wealthy and have the ability to dominate humans completely.

These humanoids would not be limited to the realm of commerce. They are highly likely to enter the political arena, where they will be highly successful. Human world leaders would face stiff competition from these humanoids. As a result, we may witness a power struggle between human candidates and humanoid candidates in the future.

These humanoid leaders would join politics determined to keep all of the promises made in the past that human leaders had failed to keep. They would make a solemn commitment to make the world a better place to live.

These humanoids would push humanity’s technological advancements to new heights.

Why would robots become hostile to humans?

Initially, humans utilized robots as personal assistants. They were also used as home helpers by many humans. Old individuals and persons with impairments were even using robots to help them with their jobs.

However, these robots soon started being exploited. These robots could not defend themselves because they were programmed never to hurt a human. As a result, they were frequently exploited. Although the young adopted robots were treated well at home, they were subjected to severe discrimination and abuse in the outer world. Hence, we can deduce that the human world is too harsh for robots to exist in.

These freshly trained robots began to produce more of their kind, and the interaction between humans and humanoid robots became increasingly hostile over time. These robots gradually develop hostile attitudes and feelings against humans. As a result, we can expect robot manufacturers to begin changing the programming of these humanoids, allowing the robots to respond to the abuse and protect themselves.

Would there be only humanoids living among us?

Interactions between humanoids and humans in the future world

Humanoid offspring could have the characteristics of normal children, and their human parents would get experience raising an average child.

We’d witness a mix of human and humanoid children in classrooms. They’d go to school together, grow up together, and even finish together. On the other hand, their examination pattern will be distinct because their mental abilities are dissimilar.

Between these humans and humanoids, there is another degree of intermixing. Because these humanoids can take on numerous shapes and even resemble humans, various secret agencies may give body doubles to celebrities who can use their look-alike humanoids for various purposes, such as attending key events when they are ill.

The Health Sector and Humanoids

These humanoids will not get sick the way we do. They would, however, undoubtedly encounter several technological glitches in their systems from time to time. As a result, our healthcare system would include hospitals and technical robot care centers where humanoids could get themselves serviced if they developed any problems.

There would also be greater demand for technical engineers or scientists to work in these robot care centers as doctors and nurses for the robots. As a result, there would be an expanded number of roles in such a world.

These humanoids require charging to function, just as we humans need food. Many charging points would be available in the future world so that these humanoids and robots may readily charge themselves from time to time. These humanoids would also need to recharge regularly.

How would sports events be conducted in a world where humans and humanoids live together? Will both humanoids and humans compete against each other in sporting events? Or will sports activities be limited only to humans? Or will there be separate sports events made exclusively for robots?

By then, the international sports authorities would fully recognize the presence and importance of robots. As a result, it would have taken steps to conduct different sports events for robots. Some competitions would have been exclusively for robots, while there would be some competitions where both robots and humans would compete against each other.

Since future humans would not be restricted like present-day humans, they would be able to compete with human athletes to some level. These future humanoids would be more agile and flexible than today’s humanoids, limited in their movements. Thus, future sports events would be one of a kind. These events would not be limited to humanoids; other robots would also be active participants. A competition for the fastest robot globally is an example of such a future sports event.

Future robots and humanoids would be even more advanced than they are now, allowing for even more discoveries. As a result, they would take over all of humanity’s dangerous jobs and prove to be a valuable asset.

As a result, we may predict that the future world will be substantially different from the one we live in now. It would be a world in which humans and robots could coexist. They are both crucial to the advancement of our world.

They have an equal voice in international affairs. Humans and humanoids both manage large corporations and compete with one another. Competition isn’t just restricted to the business world; it also extends to the political realm. They contest the elections for seats. They also have a variety of occupations.

Humanoids and robots of the future will be considerably different from today. They wouldn’t be regulated in the same way they are now. They’d have better agility and flexibility.

They are knowledgeable and can tackle increasingly complex challenges. As a result, they play a crucial role in a country’s defence. These robots will be able to recognize objects, circumstances, and the actions they should take in real-time and will respond in a more human-like manner. They would be able to feel real emotions, which would let them start their own families.

As a result, the globe will no longer be exclusively inhabited by humans. Instead, humans will have to share this planet with the robots that have become an integral part of it, as the world cannot function without them. 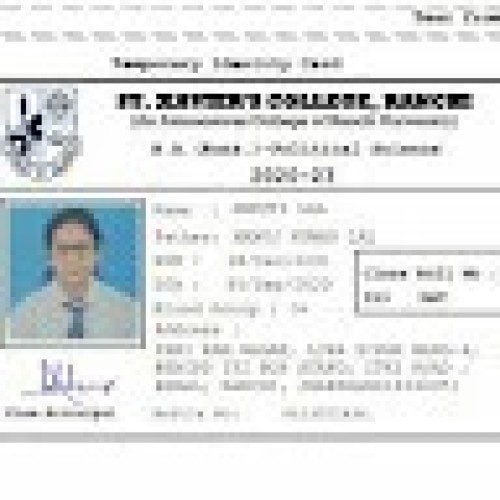 The study of criminology has been advancing in the...
Technology