What is a black helicopter? Many people across the world have reported hearing a strange noise and seeing a black helicopter in the sky. This is most likely a part of the military’s secret weapon, called Black Hawk. This military helicopter is a stealth helicopter that is used for surveillance and carrying out covert operations. From the very beginning, Black Hawk helicopters have been a part of America's military force. Find out the truth behind this military secret weapon and what it is used for. The Truth Behind The Black Helicopters is a documentary about the black helicopter conspiracy. The documentary is a part of the Black Helicopter Project that tries to get the truth out about the black and what is really going on with them. The black helicopter conspiracy is a theory that claims that the U.S. government, or a group of people within the U.S. government, will use black military helicopters to carry out "black operations" against U.S. citizens.
Icy DestinyWhat's the Future?
Icy DestinyWhat's the future?
Facebook
Instagram
Twitter
Sign in
Welcome! Log into your account
Forgot your password? Get help
Create an account
Create an account
Welcome! Register for an account
A password will be e-mailed to you.
Password recovery
Recover your password
A password will be e-mailed to you.
Belief and OpinionsThe Truth Behind The Black Helicopters Conspiracy
Belief and OpinionsGlobalHistory

The Truth Behind The Black Helicopters Conspiracy

What is a Black Helicopter?

Many people worldwide have reported hearing a strange noise and seeing a black helicopter in the sky. This military helicopter is a stealth helicopter used for surveillance and covert missions by the United States government. It is most likely a part of the military’s secret weapon, Black Hawk.

The black helicopters are government agencies used for surveillance and law enforcement. They are also often thought of as a tool used by the government to control the population. They are often described as looking like a black military helicopter. The helicopters are usually unmarked, making it impossible to know what agency they belong to. They are often seen flying low over civilian areas, and it is said that they often use the same routes that commercial planes use. There has been an increase in sightings of these helicopters since 9/11, and many people believe that they are watching us.

The black helicopters that have been seen over cities and towns in recent years are not the result of a government conspiracy, as many people fear. They are military helicopters that are painted black for stealth purposes.

The History of Black Helicopters

The Different Purposes for Which They Are Used

The Real Truth Behind The Black Helicopter Conspiracy

The Black Helicopter Conspiracy is a conspiracy theory that claims that a United States black-ops team called The Black Helicopter would be deployed in times of crisis to control the population. The theory began in the late 1970s and was popularized by the 1991 book “The Men Who Stare at Goats“ by Jon Ronson.

The original conspiracy theory was that the government would deploy a team of specially trained soldiers on black helicopters to quell civil unrest and control the population in a crisis. The first mention of the theory in the book “The Men Who Stare at Goats” was a conversation between Ronson and a friend in a London pub. They mentioned a rumor of a black helicopter carrying a team of soldiers that would take over in times of crisis.

The black helicopters are government agencies used for surveillance and law enforcement. They are also often thought of as a tool used by the government to control the population. They are often described as looking like a black militia, which they are thought to be at times.

Most of these airports are near major highways and significant buildings to increase their effectiveness. In most cases, they tend to be more common in smaller towns or cities with limited or nonexistent state governments. A few examples would include FBI operations in New York City and Philadelphia. However, this may not have been the case for some of these airports; when a terrorist group was planning on attacking another city, they did some research to see if there were any airports in Manhattan or any other city where they could target them.

It can explain the mysterious disappearance whose number has never been released. It can also prove why no one knows about it to avoid causing panic and fear. No one has any idea how much money was spent on something such as a private plane of this size and stature is beyond our imagination either. But still, it is an issue for all parties involved.

They want to know the reason behind this attack, when were they going to get that info from, but would anyone else have found out the same way? If they told us what happened on September 11th, do we think of ourselves as just regular people who would take risks without asking questions? We all have a lot of time and space to think of all the possibilities.

Many people believe that there is a black helicopter conspiracy responsible for 9/11 and other terrorist attacks. This conspiracy theory is based on a few factors, including the existence of unmarked black helicopters that can be seen in pictures taken before and after the attacks. The black helicopter theory has been around for decades and debunked by the United States government, but it persists.

Many people believe that the United States government uses black helicopters to spy on them. They thought that the Black Helicopters knew everything about them. They know where you live, who your friends are, and where you are. They can watch you through your phone and listen to your conversations with the press of a button.

The black helicopter conspiracy is an urban legend that suggests a secret government organization with a fleet of black helicopters that fly around the country. These helicopters are said to be used to take over and kill people in the United States, and they are often used to explain unusual activity that may be happening in public. There are many theories about what the black helicopters might be and how they operate.

So, True or False?

If you like this blog, check out All the Water on Earth Has Suddenly Disappeared. What Would Happen? 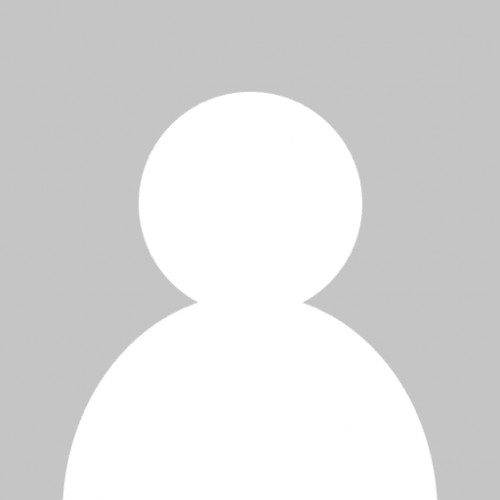 What If Books Didn't Exist? A world without books will be a world where psychological growth will become stagnant...

All of us are Dead is the hit 2022 K-drama that landed on Netflix in January. Everyone wishes for...
- Advertisement -

Uncovering Xenomelia: What if You Wake Up Feeling Like Your Limbs Aren’t Yours?

Have you ever thought about what would happen if you suddenly woke up one day and thought to yourself,...

Is there a way to live without money? We...
Book Reviews

We see sci-fi movies in movie theatres are the...
Technology

If we removed computers from the world, people would...