Why Do We Dream: 10 Theories You Have Never Heard Before

Dreams are probably the most mysterious part of our minds. They seem to play tricks on us at random, but why do we dream? What do our dreams mean?

These are some of the most common questions we ask ourselves every night, but we can get some answers with science. Luckily, there are theorists out there that have dedicated their lives to the topic and might have some answers for us.

Let’s explore some of the most popular theories surrounding the meaning of dreams and why we have them. Dreaming is a fascinating part of our minds, but for some reason, it has been given short shrift by the scientific community.

Perhaps it is because our sleep is essential to our health and well-being, or maybe because our dreams are often so weird and inexplicable that we don’t want to reduce them to a simple equation. Whatever the reason, here are 10 fascinating theories about dreams.

What Is a Dream?

A dream is a succession of images, feelings, and emotions that our unconscious mind stores for us to examine and process later.

Dreams occur during the rapid-eye-movement (REM) phase of sleep, making them very different from our conscious thoughts, which occur during the slower, more concrete, and thinking (waking) state.

This is why dreams can often seem so surreal and bizarre. They are not a direct record of our conscious thoughts but rather a product of our subconscious minds.

We all have dreams that we remember upon awakening. Some dreams are memorable, and sometimes they even seem surreal or bizarre upon waking. But while they are happening, they make perfect sense to us.

This can make it hard to know where to begin when discovering the meaning of dreams.

Dreams Could Be an Unconscious Manifestation

People are motivated by repressed and unconscious longings, such as aggressive desires, according to Sigmund Freud. Although many of Freud’s theories have been disproved, research has shown that suppressing thoughts leads to dreaming about them.

Your Life Is Reflected in Your Dreams

According to the continuity theory, dreams serve as a reflection of a human’s real life, combining conscious events. Dreams manifest as a patchwork of memory pieces rather than a direct replica of waking reality.

When opposed to non-REM dreams, REM dreams are generally easier to recall. According to the consistency hypothesis, memories in our dreams may be intentionally fractured to incorporate new experiences and retain them into long-term memory.

There are still a lot of unanswered issues about why some components of our memories appear in our dreams more or less prominently.

Freud believed that dreams are a way for our unconscious minds to process and release emotions that our waking lives have pushed aside.

For example, a person might dream that they are being chased by a dog. While this is happening in the dream, the emotions of fear might be the latent dream that the person is trying to work through during the day.

This is similar to how peer-reviewed research works: unconscious thoughts and feelings are revealed through dreams, which scientists could then examine and analyze.

The Nightmare Continuum is a theory put forward by psychologists Robert Van de Castle and William Stickney to explain the different types of dreams that occur during the sleep cycle.

It is important to note that this theory is only one perspective on dreams, and many other psychologists and theorists have challenged certain aspects of it. But it is helpful as a starting point since it organizes dreams into a logical progression that makes sense of the strange phenomena we experience while dreaming.

During the first stage of sleep, known as N 1 sleep, dreams are characterized by being hyperrealistic or “nightmare-like.” During the second stage, N 2 sleep, dreams become surreal, and during the third stage, REM sleep, dream imagery becomes vivid, and the dreamer can control the dream.

Lucid dreaming is the ability to control the content of your dreams intentionally.

This is usually achieved by concentrating hard on the dream, which causes you to become fully conscious of your dream. Once you are aware that you are dreaming, you can control the dream’s content instead of remaining bound to the dream reality.

Many reports of people achieving lucid dreams, but learning how to lucid dream is challenging. The ability to control the content of your dreams is an advanced skill that only a few people can achieve.

It can be tough to research lucid dreaming. It’s challenging to find individuals who can experience this form of thinking in a laboratory setting because it’s unusual.

What methods do researchers use to investigate lucid dreaming? People who have a lucid dream keep the very same activity in the brain and muscle paralysis as they do while in REM sleep. They can, however, transmit their lucid dreaming experience by planned eye movements that can be recognized and recorded.

Researchers are still unsure why individuals have lucid dreams, despite their efforts to find novel approaches to explore the phenomenon. However, according to research, there are some ways in which lucid dreaming differs from ordinary dreaming.

During non-lucid dreams, people are frequently unaware that they are dreaming. Even the oddest occurrences that occur in these dreams appear to be authentic. Individuals do not realize it was all a nightmare until they wake up.

When you have a lucid dream, though, you’re aware that what you’re seeing isn’t real and that you’re dreaming. This frequently permits the dreamer to exert some control over the situation.

In a lucid dream, there are a few things to keep an eye out for:

What are the signs that you’ll have a lucid dream? Some indicators that you may have experienced this event before:

1. You were conscious that you were dreaming while sleeping.

2. In your dream, you could influence the events or scenery.

3. Your dream has a lot of detail.

4. Your feelings were powerful.

Learning a Language in Your Dream

This is probably the most famous dream theory and for a good reason. The ability to speak a foreign language in a dream is a skill that requires practice, and there is no consensus as to how it is accomplished.

It is probably a combination of both, but whatever the method, it appears to be pretty challenging to learn a new language in a dream.

Why Can’t We Control What We Dream About?

This is perhaps the most bizarre and exciting dream query, which is also the most debated. The common notion is that dreams are unscripted, which means we cannot control what they include. This idea stems from the fact that dreams seem to be driven by our subconscious minds, which are driven by logic but arbitrary.

There is a school of thought that dreams serve the purpose of allowing our subconscious minds to work through problems, while our waking minds would generally deal with them better.

But other theories suggest that dreams are controlled by our own will and that we can control them.

The first theory suggests that dreams are a form of mental exercise and that we “exercise our brains” by letting them run wild in the dreaming state. The second theory states that we are actually “programming our brains” by focusing our thoughts and feelings in specific ways.

As we can see from the theories above, dreams can be interpreted differently. While some dreams are pretty ordinary and relatable, others are bizarre, surreal, or seemingly impossible.

It is important to note that dreams represent our subconscious minds, which makes them mysterious and intriguing. But with a little bit of effort, they can be understood and interpreted.

If you liked this article, be sure to check out A Monday Morning in 2050. 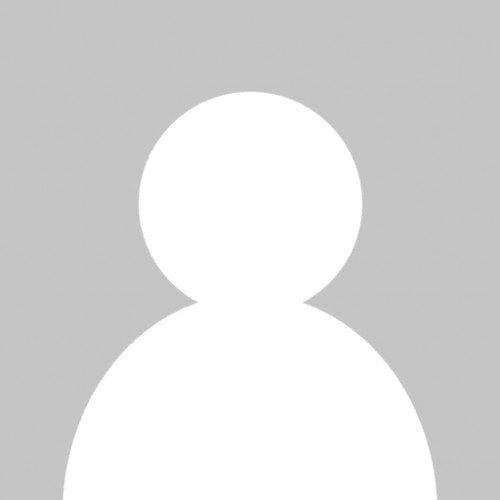 The existence of ghosts and the paranormal is a question that we ask ourselves every day. We hear statements...
- Advertisement -

Humanity has travelled many more steps than any other species in the world. The reason for it can be...

Since the advent of human civilization, many animals have...

In a world where death is not permanent, people...
Science