Will Dog Still Be Man’s Best Friend In 50 Years?

Imagine a world without the now known man’s best friend – having to come back home and not find a pet that provides comfort or not having an animal partner in the field for crimes – this article shows how that is unlikely to happen. Dogs are a man’s best friend, and they will continue to be so even in the future.

Were dogs the first animals to be domesticated?

Although considered an ancestor of wolves, Historical evidence of the Mesolithic times (around 14000 BP) suggests that dogs might have been the first animals to be domesticated, some even found in graves with their human owners.

Check out the above video to know how humans and dogs would have started their co-dependent relationship.

1) How did dogs become a Man’s best friend?

Knowing that humans and dogs’ dependency spans back to ancient times, it is not surprising that they soon were labeled as a man’s best friend. This is how it happened:

In the Burden vs. Hornsby trial of 1870, George Graham Vest defended the unfair killing of Charles Burden’s dog greyhound – Old Drum by Leonidas Hornsby; the statement at last quotes the following words:

“…the only, absolute best friend that a man had, in this selfish world, the only one that will not betray or deny him, is his Dog.”

The case won in Missouri made the dog’s story a legend, a tale for dog lovers everywhere – the movie ‘A trial of the old drum,’ released in 2000, captures the entire essence of the story highlighted by the phrase.

The above video shows the ending arguments – including dogs as a man’s best friend dialogue, as shown in the movie.

The diverse number of dog breeds and their specific qualities only prove why dogs might be and will be a man’s best friend.

2) Different Dog breeds and their roles

Dog breeds vary in great numbers – from the cute fluffy ones to the tough-looking ones, each has the qualities that make them unique individuals as a man’s best friend.

Dogs categorized by their qualities are:

They were considered Hunters companions to capture other animals. The dogs under this category include retrievers, pointers, and setters.

Another active category similar to the sporting dogs are the hound ones – they are known for their speed and stamina, along with being charming and affectionate, like Beagle, Greyhound, and Dachshund.

A man’s best friends are the toy breeds, as they are well adapted to families and are Sociable and intelligent while also being protective.

Qualities of toy dogs include:

Some of the examples included Chihuahua, Havanese, and Maltese.

The dogs with multiple functions, from a house to watchdogs, are included in this category like Chow chow, dalmatian, and poodle.

Canines assigned to specific categories like military dogs, police, and security dogs fall under this category. These dogs are intelligent and alert, as well as dependable. Dogs like Great Dane are an example.

Other qualities of working dogs include:

Known for their trained abilities, Herding dogs are historically meant to gather and protect livestock. They are naturally adept with humans, especially with affectionate children, like the Corgi and German Shepherd.

Other traits of herding dogs include:

Pets that are meant to hunt smaller animals fall under this category. These dogs are courageous and adapt well to the terrain they are born into. Of course, grooming is required for their assertive personalities like the Bull Terrier, American Staffordshire Terrier.

These specific attributes of dogs can be backed up with recent real-life stories of humans who explain their dogs’ skills as essential to function in society itself – see this documentary to understand better.

According to their breed, humans tend to understand dogs specifically, which they often express openly on online platforms – here is a reel of a man imitating dog breeds as per their characteristics.

Do pups have biological markers of communication?

The University of Arizona had conducted a recent study in 2021 to reveal that even puppies have the social skills to communicate with humans – using different breeds from golden retrievers to litters, varied tasks from fetching treats to responding to a human talking were given.

The results showed that dogs indeed could act on their own and even make decisions if told to control any situation, revealing we might as well have a future where the man’s best friend might exist individually, but can we?

3) Relationship of dogs and humans

In the present time, every human finds a perfect companion in their dog, whether it be for professional or personal reason, and these go way beyond just their specific qualities:

3.1) All dogs can read the emotions of humans

Research points out dogs can understand their owner’s mood – if they are happy, so are the dogs and vice versa. They do make a great companion in need.

Researchers of the Companion Animal Research Lab in Azabu University revealed in a study they conducted that a relationship between a dog and its owner might be similar to that of a mother and her child.

This can be due to the oxytocins released during the process, another consequence of which was a better cognitive understanding.

Dogs can judge whether to trust a human, from their food-providing habits to general lifestyle; that is why dogs who have bad owners turn to be incredibly sensitive to human touch.

Ever seen your dog sulking while you smell like another animal or paid attention to one? Our pets indeed get jealous. Just like us humans, studies confirm their antagonistic behaviors in such situations.

Research has also pointed out that dogs understand what a human says. This can be a reason why they behave according to our moods. Click here to know about the study.

3.4) A dog’s loyalty has great bounds

Research of Kyoto University – Companion Animal Mind Project also indicated how dogs behave rudely to someone who misbehaves with their owners, so the man’s best friend might as well be a ride or die partner.

A small study conducted by scientists from the University of Florida concluded that domestic dogs prefer physical touches of praise more than vocal ones, so cuddling them would increase the bond you have.

These studies reveal that dogs act as a man’s best friend, providing physical and mental comfort when needed, even more so than humans in specific scenarios.

Another 2013 study reveals how understanding levels of dogs are inherent, creating a possibility that dogs may not need training at all in the future to bond. Here’s the article explaining it in detail.

4) The golden question: Will the man’s best friend change in the future?

It is not surprising to wonder whether dogs will cease being our best friends, even after their amazing qualities and solid companionship, especially in a technology-driven world and a pandemic-affected future. But here is how the relationship can adapt:

1) Technology has helped us get closer to dogs through many gadgets -like vests that are nose–activated and touchscreens that might help them to communicate with us vocally, and we are not far from having robotic dogs. Check out one such invention below.

2) Covid 19 pandemic has affected each of us differently, especially our physical and mental health – an effect it had with dog relationships is that abandonment of domesticated ones increased. Still, the adoption rates also grew in numbers from shelters. Check out this article on how.

Dogs might be a man’s best friend in tackling the pandemic as well: Russia is taking the initiative of using trained sniffer dogs to detect the virus.

3) Recently, researchers have also picked up many topics concerning this canine-human relationship, including themes like:

Here is the link for a brief overview of the study

All this shows that dogs remain an essential part of cheering our mental and physical health in homes and workplaces despite our changing lifestyles.

So, a future without dogs as our best friends is impossible – as we have been dependent on them as much as they have been on us.

Above are some cute real-life videos of a man’s best friend.

Dogs as pets can be incredibly versatile, loyal companions and cheer one up by their presence. Think yourself, would we be able to live without them? Maybe, your future best friend is waiting to get adopted.

If you liked this article, check this out for a possible future role of cats. 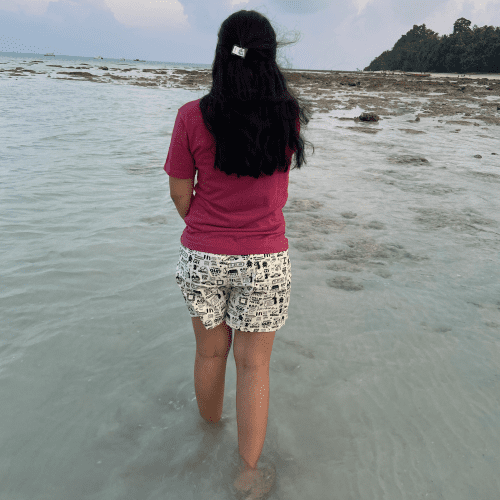 Entrepreneurship has gained insight in this decade itself. Before...
Belief and Opinions