Will Human Invisibility Be Possible Around 2050?

Is human invisibility possible in the coming future? This is a concept that has intrigued and lured humankind the most since antiquity. Perceived as a token of power, it is an asset that every monarch or wanna-be-monarch in this world wishes to possess.

And you can’t imagine the ends they travel to make it happen. Invisibility to us has always been just a fixture of imagination, like the novel “The Invisible Man.” I am sure all of us have read this notorious sci-fi novel at some point or the other.

But at the time when H. G. Wells introduced us to Griffin and his wicked ways, we all disregarded it as just a part of fiction coming from the creative mind of a writer.

How many of us have thought that there could be some “Griffins” living around us in the future?

Wells, with his anti-hero, was trying to give a peek at how invisibility can be a part of our daily life in the future. Maybe not all as wicked as Griffin has been, but still, human invisibility is a concept that we are potentially going to get acknowledged in the near future.

Human eyes aren’t the only ones getting deceived by this technology. Mechanical sensors that can detect different forms of energy, like light and waves, also fail to recognize it.

So, even if these technologies are not entirely up to par at present, but they have been proved to be very effective and successful in forging invisibility.

Let’s look at some of the ways human invisibility can be possible around 2050.

Susumu Tachi of Keio University makes a very significant contribution to the concept of human invisibility. He has been making people invisible in the urban areas of Japan.

He had made a cloak covering a person head to toe that uses the same illusion as when someone stands in front of a projector; they look transparent.

These ghostly figures standing in the middle of the way are uncanny. You can see the buses or pedestrians passing behind them.

Though the bit-off color of the hood and the creases in it give away the fact, on a closer inspection, that a person is present there. And also, the person inside the cloak cannot move because the camera and projector that Tachi uses to make the illusion of transparency are fixed behind him.

Another drawback, it’s only invisible if you look at it head-on and not from the sides still, it was a step in the direction of creating human invisibility.

On average, a tank can weigh about 60 tons, and hiding them even in the nighttime is not a piece of cake.

But British defense company BAE has devised a unique camouflage system called ADAPTIV. This system uses thousands of hexagonal metal panels, each not more than a few inches in diameter, allowing the vehicle to blend in with its surroundings thoroughly.

This method is so effective that the armies can make their tanks and other vehicles invisible to even thermal imaging systems.

So, you can believe that human invisibility is not that foreign concept now. With efforts and experiments, it is slowly proving to be achievable.

Taking inspiration from the reflection cloak of Susumu Tachi, Franco Zambonelli, and Marco Mamei, Italian computer scientists have pointed out that the fault in Tachi’s cloak was that the projector and the camera were kept behind the said “invisible” person.

However, if the projector and the camera itself are placed inside the cloak, the person can be effectively invisible from all directions.

You can understand it as, instead of projecting an image on the cloak from the back, the cape itself projects an image to our eyes and successfully give the illusion of human invisibility.

This way, viewers will not be able to tell if the person wearing that cloak is there or not from any angle. So far, this scheme proves to be the one that will give the illusion of “perfect invisibility.”

As of now, it is an unprecedented engineering challenge to make full-color LED display units and cameras that will cover the whole cloak like tiny beads and feed information into it as to what to project at every different angle. The cloak will be like a wrap-around television screen hiding a person inside it.

Zambonelli and Mamei have estimated that such a cloak, giving a guise of invisibility in people, is possible can be made for about €500,000.

Even some architectural companies, like GDS Architects, have also started designing buildings that will be covered with banks of LEDs and cameras, which will forge the image of invisibility. It is just a rough idea that will give the perfect invisibility from only a few selected angles.

But it is also a step towards a world where human invisibility is going to be a part of our daily life.

4. Metamaterials: The Real Future of Invisibility

Researchers believe that transformation optics or controlling the paths of light is the real future of human invisibility.

In the late 1990s, John Pendry at Imperial College London first gave the theory of how transformation optics can be used to make metamaterial invisibility shields.

According to this theory, light rays are smoothly made to bend around an object placed inside the metamaterial shell and then reassemble at the other end. Just like how a stream of water flows around the rock.

Since the shell and object won’t be reflecting any light, they will become invisible to the viewers. Some electrical engineers of North Carolina in the late 1990s have also been working on how to make a real metamaterial.

So, you can see that human invisibility is not that far-off concept anymore. The way researchers and scientists are making ends meet to make “perfect invisibility” come true, it won’t be long before we live with some invisible people, and even buildings, around us.

They might be living in a community or as an individual. In the city or the suburban areas. Or maybe right beside us. Who knows? As we won’t be able to tell apart if there is an invisible person in front of us or not until we go and head-on collides with them.

As much as the concept of human invisibility seems thrilling, its equal parts are scary also as mankind has not been known to use its power for the best interest. Years and years of war and genocide are the proofs of that.

Even if we don’t find the result pleasant, human invisibility is a concept we are going to get closely acknowledged in the future. 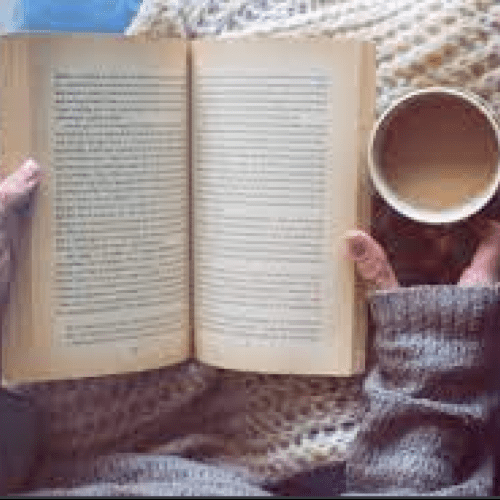 Humanity has travelled many more steps than any other...
Belief and Opinions

It's the year 2060. Parents and children live silent...
Technology

"The reality can be whatever I want," is the...