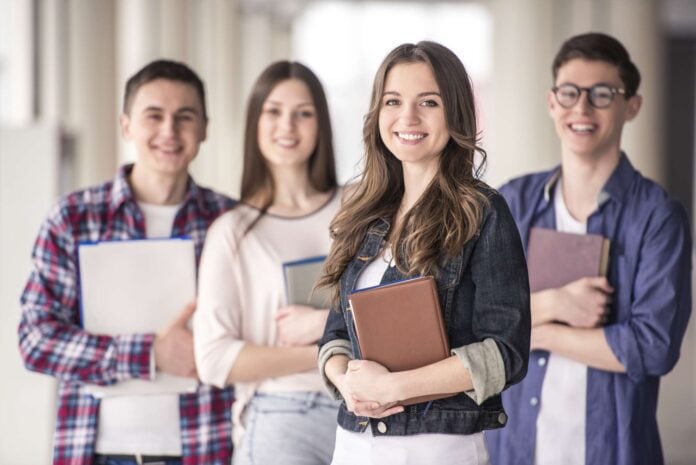 Migration is a worldwide occurrence. The amount of irrigated land and the number of people living in poverty in rural and urban areas have a positive and significant relationship with the volume of out-migration. The inter-state rate of in-migration is positively and significantly connected to per capita income, literacy rate, per capita credit to the industry, and per capita energy consumption.

Thousands of individuals around the world leave their homes to seek their fortune elsewhere. A vicious circle of low agricultural output, underemployment, low income, and poverty exists in rural parts of developing economies. This vicious spiral leaves no chances for anyone, especially landless rural people, and forces them to look for work elsewhere.

As a result, people are compelled to relocate to areas with greater prospects. The growth and extension of urban areas go hand in hand with industrialization and economic prosperity.

Migrants usually find work fast after relocating. Modern modes of transportation and urban expansion have propelled migration as a historical reality. Migration is a continual phenomenon that is necessary for economic progress and labour market stability.

A. Types of Migration

In India, there are two types of internal migration: Individual or household relocation. Short-term migration is defined as moving back and forth between a source and a destination.

Internal migrants make up a major portion of India’s population, accounting for 309 million people or 30% of the population (Census of India 2001).

A person is deemed a migrant if he or she is counted in the census at a location other than where they were born. Did you know, all citizens of India have the freedom to “travel freely across the territory of India and to dwell and settle in any part of the country” according to Article 19 of the Indian Constitution?

According to the 2011 Census, 45 million Indians travelled outside their birth districts in search of better economic prospects (be it employment or business).

Internal migration in India is significantly bigger than foreign migration (due to increasing urbanization and income disparities between rural and urban areas). By 2050, India’s urban population will have increased from 410 million in 2014 to 814 million. Instead of long-term migration, the country is experiencing a massive influx of short-term migrants.

B. Importance of Student migration

At current rates of growth, nine of the world’s top 11 economies—which account for more than 70% of global GDP—will face a skilled labour shortfall by 2030. Countries like Germany, where the current skill shortfall is around 4%, would see it skyrocket to 23% by 2030.

China, with the world’s largest population and a one-child policy until recently, would still have a workforce. India would barely make it but would have difficulty ensuring the availability of highly qualified workers to manage their firms.

This scenario is intended to encourage people to migrate from densely populated areas to areas where jobs are available. In today’s globalized world, studying at a university in another country is a viable alternative. Employers also seek candidates with international experience, cross-cultural competency, and language abilities.

Students move overseas for a variety of reasons, including the desire for a better lifestyle and the assumption that studying abroad is a passport to a better life. By 2030, India will be one of the world’s youngest countries, with 140 million individuals in the college-age group.

Despite its lofty goals, India’s higher education system lags behind that of New Zealand and other countries with superior educational systems. Indian students who study abroad frequently return home. To balance off the outflows, most countries where students migrate from also welcome international students.

It’s mostly unstructured while it’s being done. It will not only cross-pollinate but also bring best practices from other world-class institutions, bolstering our delivery and quality frameworks. With the International Education Bill unlikely to be passed anytime soon, an open-door policy encouraging foreign universities to set up shop in India using a variety of models could be a viable short-term plan.

Misuse of policy is a drawback of a liberal study abroad program. We have a bad reputation for permitting low-skilled residents to apply to study abroad and then emigrate illegally.
Many more reasons such as social, political, cultural, environmental, health, and education are included in the broader classification of push and pull elements of migration.

Push and pull variables influence migration. Lack of work prospects and worries of disorder or persecution based on ethnicity, religion, or politics in the locations where individuals live are all push factors. Favourable economic possibilities, good health and educational facilities, public order and freedom, and a pleasant climate are all pull-factors.

We know that, despite numerous attempts to control population growth, the birth rate remains high (annual exponential growth rate of 1.64 per cent as of the 2011 census), while the death rate has been reduced as a result of medical facility development and expansion. Also, there is Disproportionate Gender Composition and Poor Standard of Living prevailing in the country.

1. Employment: The desire for better work in industry, trade, transportation, and services is the primary motive for intrastate, interstate (migration from rural to urban areas, and urban to urban areas), and external migration.

2. Marriage: It is an essential social determinant for intra-state migration, and the majority of intra-state migrants migrate from one rural region to another as a result of marriage in the case of females.

3. Environmental Disasters’ Factor: As a result of environmental disasters such as droughts, floods, and heat waves, some migrants are forced to relocate from rural to urban areas or from one country to another.

4. Lack of Security: Internal and foreign migration is also fueled by political upheavals and inter-ethnic conflicts.

By 2020, India will have the world’s largest pool of young people; nevertheless, there is a dearth of job prospects in India, which leads to emigration.

Pull Elements: The factors that entice migrants (in-migration) to a location are referred to as pull factors (destination). Emigration in huge numbers can change a community’s demographic character, since most of the young males leave, leaving only the women and elderly to work on the land.

Migrant workers are deprived of many possibilities to exercise their political rights, such as the ability to vote. A large population puts too much pressure on natural resources, amenities, and services.

1. Population explosion: The inflow of workers in the place of destination increases competition for jobs, houses, school facilities, and other amenities, and a large population puts too much pressure on natural resources, amenities, and services.

2. Brain Drain: Human capital is being lost in the source state. Migrants who are illiterate or under-skilled are not only unfit for most professions due to a lack of basic knowledge and life skills, but they are also vulnerable to exploitation, human trafficking, psychological abuse, and gender-based violence, particularly among female migrants.

3. Increased Slum: Mass migration leads to a growth in slum neighbourhoods, degrading infrastructure and quality of life at the destination, and resulting in a slew of other issues such as unsanitary conditions, crime, pollution, and so on.

Slums, high population density, overcrowding, and a lack of infrastructure services are all difficulties that urban regions face as a result of the increasing trend of people moving from rural to urban areas.

These programs were also crucial for the country’s rural development, but they are insufficient to prevent rural-urban migration. One of the five important components of former President Dr A. P. J. Abdul Kalam’s dream, his vision for a developed India, is the Provision of Urban Amenities in Rural Areas (PURA).

In various ways, the PURA departs from traditional conceptions of rural economic development. It aims for the full development of rural areas to create money at the urban level, rather than only poverty alleviation.

F. Suggestions for a better world