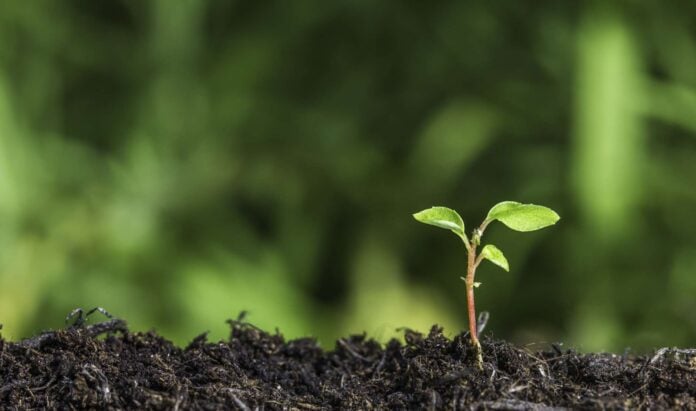 An environmental movement can be described as a social or political movement aimed at preserving the environment or improving its current status.

Environmental movements in India are currently focusing on dams, relocation, and resettlement. They have effectively stated their message on the human implications of meddling with natural resource streams, and have begun a protest action against the forces and agencies responsible for environmental degradation.

The ethnic practices of worshipping plants, trees, forests, and rivers in India reflect the natural and social domains, as well as the wisdom of seeing unity in the living and non-living universe in Indian tradition. In India, environmental movements encompass all castes, classes, races, religions, and nations, as well as species divisions and divisions of the organic and inorganic world.

A. Importance of Environmental Movement

People’s environmental consciousness has risen as a result of environmental advocacy. People are becoming more aware of the effects of human actions on the environment, for example.

Environmental activism has been instrumental in persuading legislators to pass legislation aimed at protecting the environment. Activists may work within the government to enact change, or they may be part of a campaign aimed at frightening legislators into passing a specific bill.

It has also encouraged many developers to carry out their development plans with the knowledge that if they pollute the environment, they would face legal challenges.

Environmental activism advocates for public awareness of the negative consequences of environmental deterioration. They are also taught environmental conservation techniques. For example, The Occupational Safety and Health Administration (OSHA) encourages employees to be educated on the necessity of environmental preservation.

Businesses and companies located in designated community settlement areas have a responsibility to alert the public about the substances or hazardous products generated near them.

This is about the CERCLA (Comprehensive Environmental Response Compensation and Liability Act), which was enacted in response to environmental activism.

5. Push towards the use of alternative forms of energy to curtail the build-up of greenhouse gases

The activists participate in major international conferences such as the Stockholm Conference and the UN Conference on Environment and Development.

Some environmental activists have inspired the construction of creative conservation initiatives, such as National Parks, and advocated for eco-tourism, both of which are excellent strategies to protect the environment.

They promote the reuse and recycling of non-biodegradable items such as plastics, obsolete electrical equipment, and a variety of other items.

B. Environmental Movements in India

Environmental movements in India have a long history. The Indians are concerned about the environment and are safeguarding animals and vegetation. People used to dress up like Gods and reverence their surroundings.

The first environmental movement that took place in India is known as Bishnoi Movement. Bishnoi is a religious sect prevalent in India’s northern states and the Western Thar Desert, founded in the Marwar (Jodhpur), Rajasthan, India. It is a peaceful community of nature lovers.

Around 1700AD, sage Sombaji began a movement against deforestation. The movement was then forwarded by Amrita Devi.

Soldiers were chopping down holy trees. A woman named Amrita Devi hugged the trees and encouraged others to do so as well. When the king of this region learned of the protests and killings, The king personally came there, apologized, and ordered to stop the process.

The maharajah declared the Bishnoi state a protected area soon after, prohibiting harm to plants and animals. The people were inspired by the Bishnoi principles to save trees and animals.  It’s worth noting that this legislation is still in effect today.

The Chipko movement in India is one of the most well-known environmental movements in the world. The Chipko campaign brought international attention to the Alaknanda catchment basin in the midwestern Himalayas’ environmental challenges.

“The Chipko movement, started to safeguard the Himalayan woods from degradation, has its roots in the pre-independence days,” writes Reddy (1998). During the early decades of the twentieth century, many protests against colonial forest policies were organized.

The people’s principal demand during these rallies was that the forest’s benefits, particularly the right to fodder, be distributed to local people.” When these techniques proved ineffective, one of the organizers, Chandi Prasad Bhat, recommended bracing the trees to prevent them from being cut down. The movement has extended to nearby areas as a result of its success, and it is now known internationally as the Chipko movement.”

The movement’s name, Chipko, is derived from the Hindi word for “embrace.” Chandi Prasad Bhatt came up with the approach of “embracing” the trees to resist tree chopping in a Mandal meeting on April 1, 1973. Chipko gets its name from a cooperative method of clinging to trees as a non-violent direct action.

The movement’s leaders were Sunderlal Bahuguna and Chandi Prasad Bhatt. The engagement of women was one of the most prominent features of this movement.

Finally, Hemwati Nandan Bahuguna, the state Chief Minister at the time, formed a committee to investigate the subject, which ultimately was found in favor of the people. This was a watershed moment in the region’s history of environmental development battles.

The ‘Narmada Bachao Andolan’ is one of the most significant protest movements in the history of Independent India.

The Narmada Bachao Andolan, which began in 1985, is the most significant mass campaign opposing the construction of a massive dam on the Narmada River. The Narmada River, India’s largest west-flowing river, is home to a diverse population of people with distinct cultures and tribes like Bhils and Gonda.

More than 250,000 people will be displaced by the projected Sardar Sarovar Dam and Narmada Sagar.

There will never be any compensatory afforestation associated with the construction of massive reservoirs. The subject of refugee resettlement will not be considered a top priority. Rehabilitation will not be seen in its full context. Settlements, livelihood networks, and the cultural environment formed around them over decades will all be destroyed.

In India’s protest movement, the names of Baba Amte and Medha Patkar have become well-known.

It is a multi-crore initiative that will bring in a significant amount of money for the government. The Narmada Valley Development Initiative is both the most promising and the most difficult plan in India’s history.

Strong protests around the country have impacted several well-known celebrities, including Bollywood actor Aamir Khan, who has publicly expressed his support for the Narmada Bachao Andolan.

He stated that all he wants is for people who have been made homeless to be provided with a home. He begged the general public to participate in the event and come up with the best idea.

International attention has been drawn to the ‘Narmada Bachao’ campaign. Many of the country’s most notable academics are gradually lending their support to the campaign. The Supreme Court, the country’s highest judicial body, has already issued key rulings on several matters about this project.

This movement is one of India’s most prominent environmental movements.

The Kunthi push River’s tiny valley in Kerala’s Malabar area, at the southern extremity of the Western Ghats, is known as Silent Valley. It is situated between 2400 and 1000 meters above sea level. It has an 8950-hectare rainforest, which is one of India’s last remaining rainforests, containing important flora and wildlife.

The then-Kerala state administration planned in 1973 to construct a dam over a gorge in the Kunthi puzha River, which flows through the Silent Valley. The proposed project, however, was not environmentally sustainable because it would submerge a significant portion of the valley’s important rainforest and jeo-paradise the lives of several endangered flora and fauna species.

As a result, by 1979, students, rural school instructors, science forums, journalists, citizens, and non-profit groups had put together a well-reasoned “case against the project.”

As a result, the Save Silent Valley Committee was formed to lead the protests against the dam construction in the Silent Valley’s Kunthi River.

This diversity of the movement’s concept may attract people from all walks of life, providing vitality and vigour to the movement’s movement and transformation.

What important now is to give equal attention to each environmental issue and activism, and legislation, there should not be unequal attention among them to find solutions to the same. The concerned authorities should and are taking steps regarding the solution and alternatives as and when.

Change has been sluggish throughout the years, and it continues to be so, but being critical of the situation will not help. In this race there is no opposition party, we just need to realize and reach our finish line for the betterment of the future generation.