Doll Faces are Getting Real? Truth of Plastic Faces

The growing plastic surgery trend to get the unachievable perfect look is becoming new normal. People are more inclining toward plastic faces and idealizing them.

Beauty standards vary from country to country and have been around for centuries. A beautiful face is worshiped in every society; there is pressure on them to reach that particular beauty standard, whether a man or a woman.

Having a natural face is no more adored, and the beautiful face changed its meaning to having unnatural plastic faces, which are considered unconventionally attractive.

The trend of beauty standards kept changing through the ages. And today, individuals have to undergo painful and extreme plastic surgeries to reach that beauty standard.

Today’s generation is obsessed with plastic surgery to differentiate themselves from others and reach the unattainable beautiful face. These plastic faces often become the demand of society after the trend has started on the internet. To undergo the knife becomes as common as having treatment for knife wounds.

According to research, 15 million plastic surgeries are seen per year in the US alone. And astonishingly, this percentage has increased by 169% in the last 20 years. And there is a 20% increase in these surgeries worldwide.

Plastic surgery may or may not benefit individuals physically or psychologically. But the reason for going through this highly plastic transformation will surely leave a big impression on our souls.

But the scariest thing is that for individuals who undergo plastic surgery to achieve the prescribed beauty standard, their outcome is quite positive, and they feel happy after this revolutionary procedure.

This increasing satisfaction rate among individuals with plastic faces will surely encourage the younger generation to undergo this plastic surgery. And in the years to come, plastic surgery will become more common, like you are going to a salon for manicures and pedicures.

Another factor we should consider here is how other members of society view and accept plastic faces. Are they also cherished and like plastic faces?

How the obsession with ‘Plastic Faces’ starts?

The obsession with the perfect nose, lips, and face starts with being obsessed with the perfect faces we see on social media. This trend is growing so fast that surgical beauty has become the new beauty.

Today’s situation is that men of all age groups are also turning to plastic surgery and adopting doll faces.

The factor influencing people to go under the knife is attraction, which greatly influences the mind. Studies have found that people behave differently based on their attractiveness.

Given this reason, it is not surprising that people are face-to-face in the quest for plastic-face to stand on the idealized social norms. This also increases life satisfaction and self-esteem in some. However, the life of this unnatural beauty does not last long.

People’s craze for plastic face faces starts with the feeling of their imperfect look, and then they decide to change it—facial changes such as a thin nose, liposuction, and other changes.

They may also have faced taunts or been a bully once in their lifetime for their looks which motivates them to go through such extreme steps.

Their reasons may even seem natural to them. As they see plastic surgery as an opportunity that can also become beautiful. And if it reassures them, they want to try it.

Here the problem arises when their surgeries fail, or the person takes a loan to undergo these surgeries.

When these debts become debt, and these surgeries become addictive, it takes a toll on them psychologically. People become insecure about how they look and go through many surgeries. But the problem arises because they will be negative about their appearance and will never find peace of mind.

There are many disadvantages to being obsessed with plastic faces and getting plastic surgery on the face.

Here are some of the drawbacks that obsession with plastic faces brings with it:

Not every surgery fails, but there are still many victims of cosmetic surgery. In a survey, 32.3% of people feel unsatisfactory after the procedure. And despite its 100% guarantee, it is possible that it may not turn out to be what you have seen.

Once you have had cosmetic surgery, the changes are more to get used to. And this is a major disadvantage of having cosmetic surgery. It leaves a tremendous impact on those who have gone through the process. They may start finding flaws in their appearance and may try to have surgery several times.

Continuing these surgeries has a greater psychological impact. And this will also cause further damage and danger to the muscles and skin.

Cosmetic surgery can affect anyone mentally. They may feel less confident because they think everyone likes their artificial version of themselves and not their real self. So cosmetic surgery changes things personally and leaves its mark psychologically.

The Future of Cosmetic Surgery

With the changing world and upcoming technologies, cosmetic surgery has become costly, but its obsession increases daily. And seeing this in the coming future, this obsession will increase further.

The increasing technology and advancement of cosmetic surgery have led to progress in cosmetic surgery. And it has also become more accessible to everyone and now looks less threatening.
People are now getting attracted to youthful skin and how they look. It was also fueled by the desire to see celebrities and look like them.
A survey report by the American Academy of Facial Plastic and Reconstructive Surgery showed the percentage of people who demand plastic surgery has increased. And this is a result of people being more aware of their looks, especially on social media.
As social media continues to dominate our every day, so does the need to look flawless. And the demand for artificially changing people’s bodies is increasing rapidly. Today it has become part of the culture too, as it is easily available today and everybody can afford it.
In the coming 20-30 years, more people will have artificial faces, noses, and ears. This will become normal for society, and they will probably encourage others to do the same.
Even plastic surgeons are quite positive about the future scenario of cosmetic surgery. Seeing the propensity of liposuction in people, they are compelled to think about all the possibilities in their field in the future.
The report also observed that several factors drive the growth of cosmetic surgery and the craze among people to go under the knife. Society and self-image play an important role in how these demands grow at high speed.
Comfort is another factor that increases demand, and more people accept it. Thus, seeing these changes have one thing in common, we will see more of these cosmetic surgeries in the near future.

However, no matter how common plastic faces may become in the coming years, they can never take the place of natural beauty. If we talk about trends, then these social trends keep changing. And following these trends means you are caught in a never-ending cycle of unusual demand that anyone can achieve.

Looking at today’s scenario, it is clear that this new craze is coming into trend and is not common right now. But the rate at which it is growing may not remain alien to anyone in the next 30 years.

Even today, people spend over $83,000 to make their face look like a doll or the face of their favorite idol. So, no matter how much experience you have today, even today’s youth are choosing it. This makes us wonder if it will also become cheaper and easily available in every nook and corner of our city in the coming years. This would encourage almost everyone to go and choose lazy ways to be beautiful.

But if you are feeling isolated in a world where everyone seems to be the same, it is recommended to go with your authenticity rather than take extreme measures to change your reality. 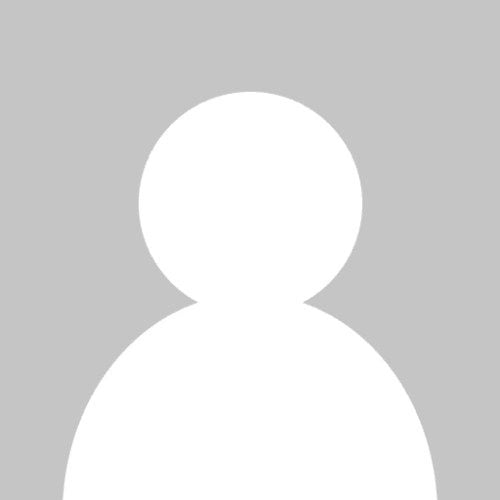