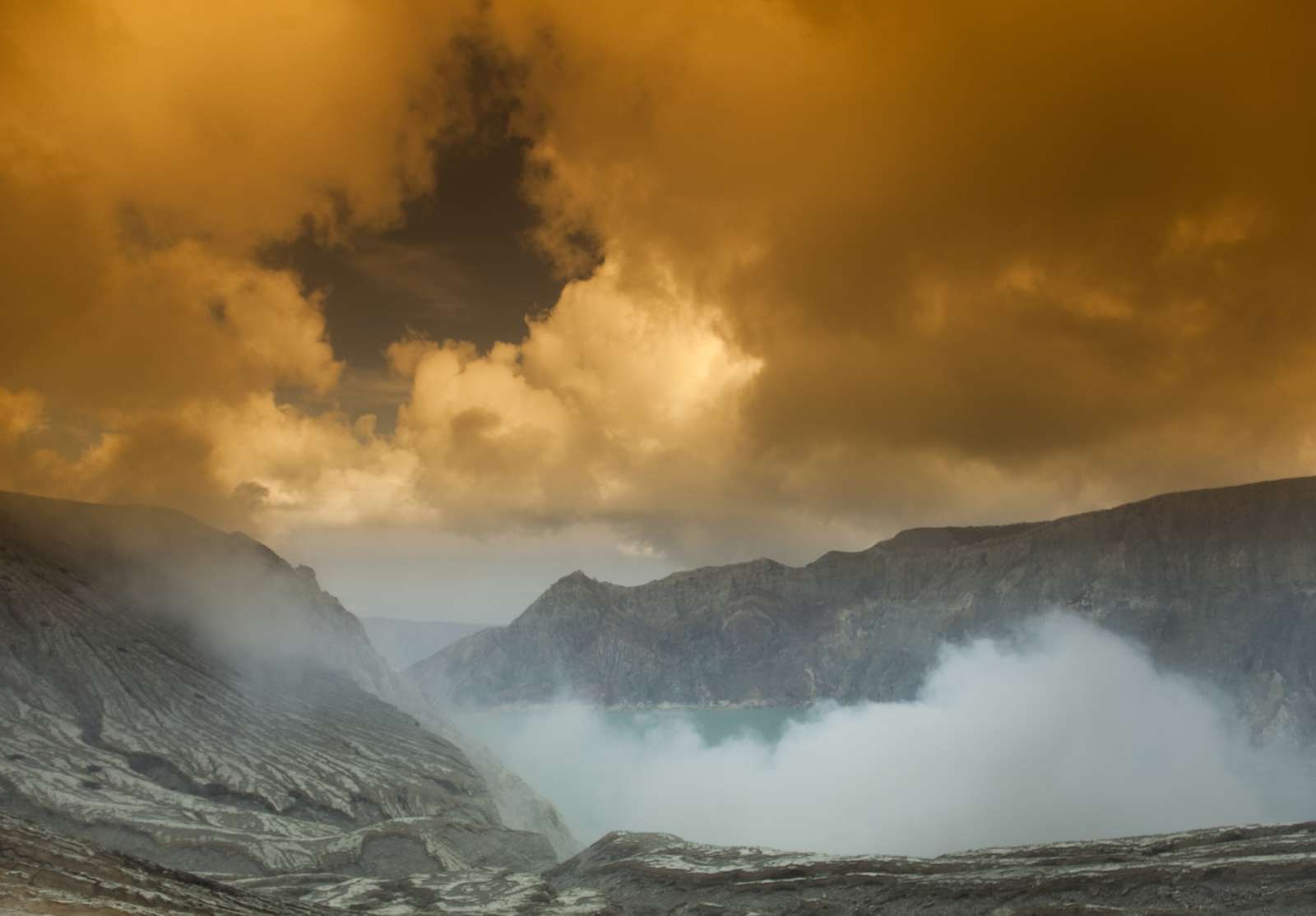 The Tonga Volcano started on 20th December 2021. People felt an eruption on the Hunga Tonga-Hunga Ha’apai, a submerged mountain and a part of a highly active volcanic chain. The eruption continued to happen and reached its climax on 15th January 2022. This volcano has a VEI or volcanic explosivity index of five.

The last time it blew up, it left devastating effects on the farming populace while almost marooning the entire locale. This time also caused tsunamis in Tonga, Fiji, American Samoa, Vanuatu and other places along the Pacific Rim.

Photos from space, particularly those in infrared, proved that the shock wave of this entire volcano spread around the globe faster than sound. The shockwave was also felt in Chennai, 12,000 kilometres from the point of eruption. People found layers of volcanic debris 50 kilometres from the eruption site. Besides, it is also the largest eruption since the 1883 eruption of Krakatoa.

Although the Krakatoa scored more on the VEI scale, its eruption was only large enough to reach six kilometres into the sky. For the Tonga volcano, it was twenty! NASA has also determined that the energy required in its eruption was probably a hundred times more potent than the atomic bomb dropped on Hiroshima. Wow!

The immediate aftermath included tsunamis in various places. Volcanic lightning also took place in various locations in the USA. Such flashes of lightning are common in volcanic sightings. Scientists did not get much to study on this subject.

However, one theory holds the most water – or should I say fire, here? Positive ions in the volcanic eruption evaporate in the sky due to the heat and react with the negatively charged ions in the clouds to produce lightning. People living in the Southern Hemisphere had purple sunsets in April and May and weather patterns colder than the average.

So, according to the VEI theory, the Volcano of Tonga had a VEI of 5. In December 1815, however, a much stronger volcano took place with a VEI of 7 – The Volcano of Mount Tambora in the Dutch East Indies. Just imagine the destruction!

Numerous people died of cholera, and even Chennai reached a temperature of -3oC in April. That 1815 volcano emitted so much sulphur dioxide (SO2) clouds in the skies that it halted the summer season for a whole year. Hence, the year 1816 came to be known as the Year Without Summer. More so, our governments are now way more intelligent and efficient in handling such natural catastrophes than they were previously equipped with.

Last but not least, if something is not being felt even in this day and age of social media, things are being blown away more than they should be. Things are getting back to normal as we interact through the article. Maybe, a few days of altered temperature around the Southern Hemisphere is what we would all see, and things would get back to normal.

Let’s fancy a Pandora’s Box and ask ourselves what we would do if this were to happen again in 2022?

Let’s explore what would happen if the Tonga Volcano erupts in 2022.

As observed earlier, an immediate explosion can be seen through space, and its shock wave would travel through the world once again. The clouds will be denser, and this time, unfortunately, more people will lose their lives.

The second wave of tsunamis would hit the shores of Vanuatu, Fiji, American Samoa and all the neighbouring regions of what would be known as one of the most godforsaken places in the history of Earth. The high clouds of SO2 would be seen as far as Australia or Chile.

We talked about the 1816’s Mount Tambora explosion. If we were to draw certain conclusions, many things would happen. Acid rain, contamination of drinkable water, cholera, deaths of the absolute poor and so on.

However, another Tonga volcano eruption wouldn’t accumulate as something a hundred times more deadly. It would be yet another catastrophic event, but the impact wouldn’t be as significant. People may even avoid this stuff entirely.

Besides, when the SO2 arrives at the lower levels of the atmosphere from the stratospheric levels, it would raise the temperatures again after a few weeks over there – making the December in Southern Hemisphere even warmer. In the entirety, there will be a slight change.

While we can dismiss the previous generations for suffering at the hands of natural disasters without having any mitigation plans, sometimes even the most prepared falter, Odisha is a state in India where the disaster management to combat storms are top-notch and even rivalled all across the globe. Still, fishermen who live on the shores face a hard time when storms hit the shore every late summer.

Let’s look at the cost of tsunamis which would be a natural consequence of the volcanoes. Because not every other country is as well equipped with Tsunami management as Japan!

The 2004 Tsunami on the coasts of India, Sri Lanka, Thailand and some other countries caused around the US $9.5 billion in damage. The impact of volcanoes is irregular and may not follow our predictions. Secondly, most of the Australian population lives on the shoreline. This volcano would cost much more on economic terms for the Australians and New Zealanders, given that there are important cities like Adelaide and Wellington.

Shane Cronin, Professor of Earth Sciences at the University of Auckland, did hint that there may be other such explosions in the same mountain range. However, the professor has stated that the Tongan Part of the Pacific Ring of Fire is one we don’t see much of because many volcanoes are submarine. Hence, another volcano would indeed become a threat to nations geographically closer to this volcano, like the Kiribati, which is closer to the sea level and has already submerged several areas.

Let’s discuss the bigger picture. International news reports largely neglect the loss of lives in the island nations. However, the more the intensity of the volcano, the more dangerous are the consequences on the lives of people in Vanuatu, American Samoa or even the Philippines.

Secondly, imagine the temperatures turning cooler with the severe increase in the number of greenhouse gases like nitrous dioxide (NO2) and SO2. In a world where misinformation spreads fast, the politics on climate change would be interesting to watch, at least from an anarchist’s point of view.

On the other hand, two super-volcanoes back to back would trigger the world to ask specific questions which may not lie in parlance with scientific rationale. However, let’s not create imaginary doomsday scenarios and get there. Let’s be honest and consider this yet another natural calamity in an obscure part of the world where people do not look sincerely.

The environmental impacts would be a great deal to bear within its initial days. However, things would fall back to normalcy even before the volcano’s impacts were felt at places far away from this place in the globe. Hence, the political ramifications would be next to none.

If you liked this article, check out: ‘In 2050, All the Sea Water Became Fresh Water. What Would The World Look Like?’