A Dip In The Deep: How Cool Can Ocean Exploration Be!

Why Ocean Exploration Deserves More Of Our Attention

Human beings are naturally speculative creatures. As a result of our curiosity — from discovering new planets across the cosmos to digging dinosaur feathers out of our terrain — we’ve been trying to explain the world to everyone willing to listen. Our longing for never-ending knowledge and the thirst for adventure has allowed us a peek inside, as well as outside Earth.

Yet, despite all that we have discovered across the universe, so many of us naively let ourselves believe that space is the ‘final frontier.’ We’ve all dreamed about sitting on the roof with our telescopes to map out constellations at some point during our lives, and we were all once kids infatuated with the idea of rocketing into space.

Yes, space is just as overwhelmingly frightening as it is appealing, holding the potential for alien invasions, the existence of black holes, eons of darkness. But amidst our fascination with space, it seems like not many people have lowered their heads long enough to look at their own planet.

If they did, they would become aware that nothing is as startling as the ocean.

As of now, we have explored less than ten percent of the global ocean. This might come off as a surprise, but the surface of Mars has been graphed in more detail than the area of the Earth’s ocean floor, even though oceans make up about seventy percent of our planet’s surface!

So Why Haven’t We Explored More Of The Ocean?

In all honesty, the answer is a labyrinth. Although we’ve been sailing the oceans for much longer when compared to space, too much of the ocean remains unknown. Why?

For starters, let’s take marine technology, which is fairly new, into consideration. Satellites used to explore the ocean, submarines, and modern sonar has been used only for the last fifty or so years. It doesn’t help either that satellite imaging can only be used to study the mere surface of the ocean. Below that, our satellites aren’t all that effective.

Unlike space exploration, where scientists can see everything through telescopes, ocean exploration doesn’t have liberty. The inability to properly see through the surface of the oceans makes it such a mystery. To add to that, even if we made it past the surface, the unnerving conditions under the ocean also make its exploration a vicious struggle. It’s said that at the deepest part of the sea, the pressure that you would feel upon yourself is far more than the human body is equipped to handle.

“The intense pressures in the deep ocean make it an extremely different environment to explore.”

And Larry Mayer, who is the director of the Center for Marine Science and Coastal Engineering at the University of New Hampshire, has told the BBC that we could map the entire deep oceans for $3 billion, which is no more than a single Mars mission, and that it’s only a matter of commitment’.

What Have We Found In The Ocean That We Have Actually Explored So Far?

Let’s get it out of the way first that an estimated 80% of all life on earth is found under the ocean surface.

“Exploration is a human endeavor. We were born naturally curious,” Alan Leonardi, the director of the National Oceanic and Atmospheric Administration’s Office of Ocean Exploration and Research, has said, and additionally revealed, “We know so little about the deep ocean that pretty much anyone can find something new if they were doing something unique down there.”

Some of the discoveries made under the ocean’s surface even had the most brilliant of scientists stumped.

We’ve all heard about The Bermuda Triangle, which is still an ongoing mystery even after all these years. It’s said to be a mysterious region where multiple planes and ships have vanished without a trace. A lot of researchers, though, believe that natural changes in weather could explain these disappearances.

Anyone interested in the subject might also know about The Mariana Trench, a crescent-shaped trench in the Western Pacific and contains the deepest known points on earth. It has only ever been visited by three explorers and is knohas that bubble up liquid sulfur and carbon dioxide. Surprisingly diverse life has been discovered even in these harsh conditions. The deepest part of the ocean was discovered in 1960 by Jacques Piccard and Don Walsh when they reached a depth of 10,916 meters.

It’s about time we also learned about the siphonophore, which might be the longest animal ever discovered with its length being over 150 feet, uses its numerous tentacles to sting and trap its prey, injecting a toxin into its body. Scientists have already found over 175 species of siphonophores.

There are also very fascinating but slightly lesser-known discoveries, like:

Neal Agarwal, a creative coder, made a website named The Deep Sea among, an interactive visualization of the ocean many of his other equally impressive ones, and take a deeper look into the creatures that have been discovered across the oceans that we have managed to explore so far, hit Neal. Fun and scroll away! It has been viewed over 10 million times and is even appearing in some aquariums.

In What Ways Could Marine Exploration Benefit Us?

Unbarring the secrets surrounding the ocean can reveal brand new sources of medical therapies and vaccines, food, energy, and give way for new inventions that imitate the adaptive features of deep-sea creatures.

Information gathered from ocean exploration can easily help us look into how we’re stirring the Earth’s environment and how we’re being affected by it in return —  including climate change and weather.

On the subject of why we should be paying more attention to the study of the oceans, Sociologist Amitai Etzioni has written in Issues in science and Technology,

“The basic reason is that deep space—NASA’s favorite turf—is a distant, hostile, and barren place, the study of which yields few major discoveries and an abundance of overhyped claims. By contrast, the oceans are nearby, and their study is a potential source of discoveries that could prove helpful for addressing a wide range of national concerns from climate change to disease.”

To summarize, apparently, there isn’t enough time and money spent on exploring the ocean because it’s expensive, difficult, and ‘uninspiring.’ We’re all obsessed with the idea of staring up at the stars and dream of reaching them one day. Still, very few of us look down and wonder if we could go deeper.

But doesn’t Earth mostly belong to the oceans? Wouldn’t we be better at protecting our planet the better we knew about it? Aren’t we all somewhat closer to getting attacked by a sea creature than ever coming in contact with an ‘alien’?

And maybe next time you’re on the water, you too would wonder if the depths that you’re cruising over are part of the greatest mysteries ever known to man.

Check out another article by us: Lizards Are Aliens Who Spy On Us. 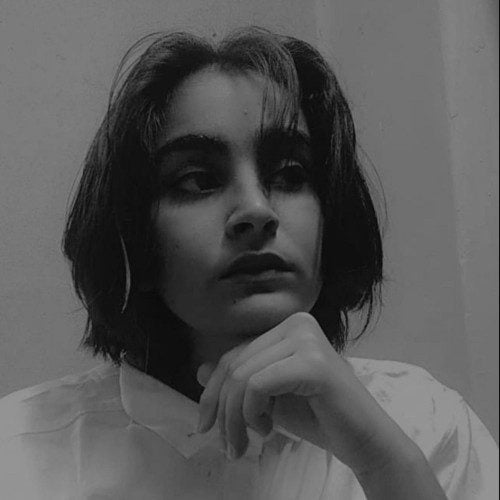 A fiery ball shoots across the sky every 75...
Nature

An ecosystem is an area where all the plants,...